A Flexible Solution for Changing Needs

A major Australian cement manufacturer maintains several large, open-air material stockpiles at a coastal facility in Adelaide, South Australia.  The largest pile onsite is used for long-term limestone storage, measuring approximately 15,000 m2 in surface area, up to 15 metres tall.  The pile is regularly treated with a chemical surfactant to mitigate ambient dust erosion, but when material is reclaimed for use, the surfactant treatment is disturbed, creating plumes of airborne dust.  The pile is fed new material by a fixed overhead conveyor, and then distributed using front-end loaders.

The application of chemical surfactant to the limestone pile meant day-to-day dust erosion was not a major concern.  Instead, dust emissions were episodic and localized, based on where the pile was being actively built up or reclaimed.  It was not uncommon for the pile to sit idle for stretches of time and then see a flurry of activity, dramatically reshaping the profile of the pile over a short period of time.

Strong coastal winds at the site location make airborne dust transport a nuisance for neighbors, and a pollution threat to the surrounding environment

A full perimeter fence would have been a practical option, but over-designed for the client’s particular needs.  The optimal solution was determined to be a series of portable wind fences, erected on steel skids, that could be repositioned onsite to suit the shifting location of pile activity.  Instead of traditional subsurface foundations, standard 2-ton concrete blocks (sourced locally) are used to provide resistance to fence overturn.  Each wind fence measures approximately 32 ft in length and 20 ft tall.

For small adjustments, the fence can be dragged around as-is.  For large adjustments (i.e., moving a skid to the other end of the site, or up an incline), site operators simply remove the concrete blocks, lift with a telehandler or similar, and re-secure once in the new location.  When not in use, the fences can be stored along the perimeter of the site, with the fabric gathered to one side.

On top of being more budget-friendly than a full perimeter fence, the maneuverability of the skids allows site operators to adjust their setup based on wind direction, and place the fence close to the action for increased control.  While not a long-term substitute for a traditional wind fence, portable wind fences offer flexibility to site operators in need of temporary wind and dust control, or in situations where subsurface foundations are not feasible.  Other applications include construction sites, demolition sites, landfills & waste facilities, ports, and a range of scientific testing applications. 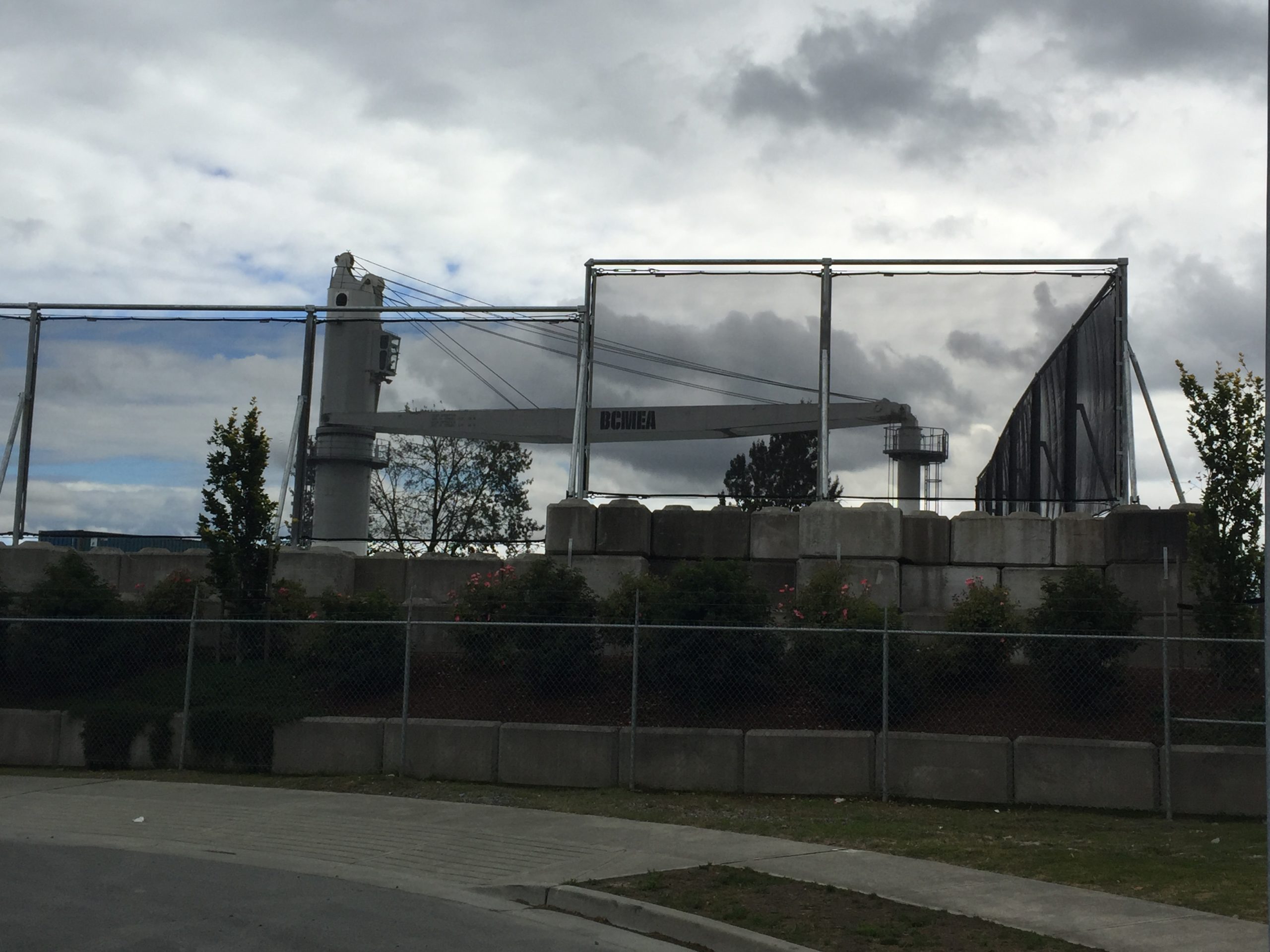 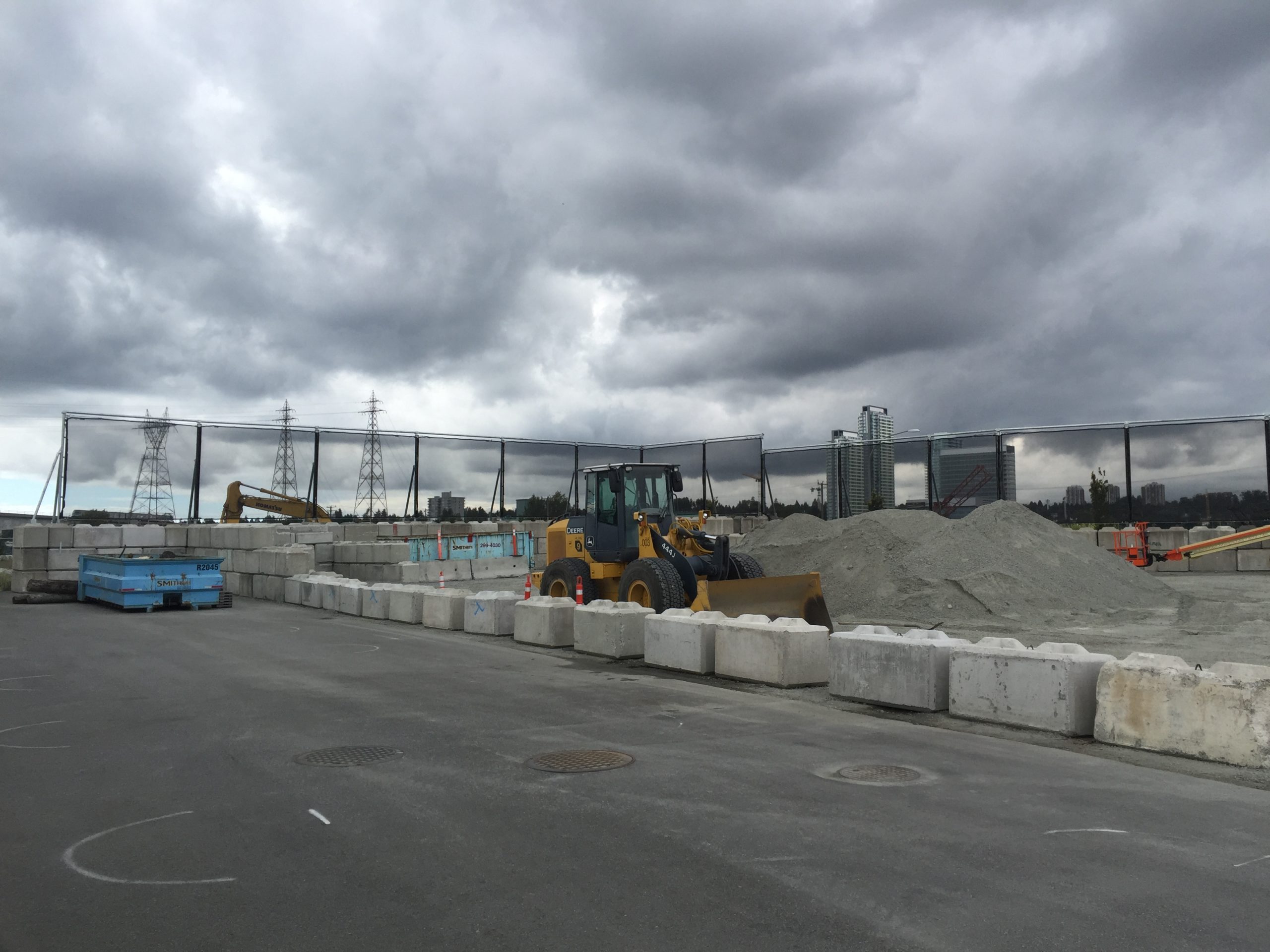 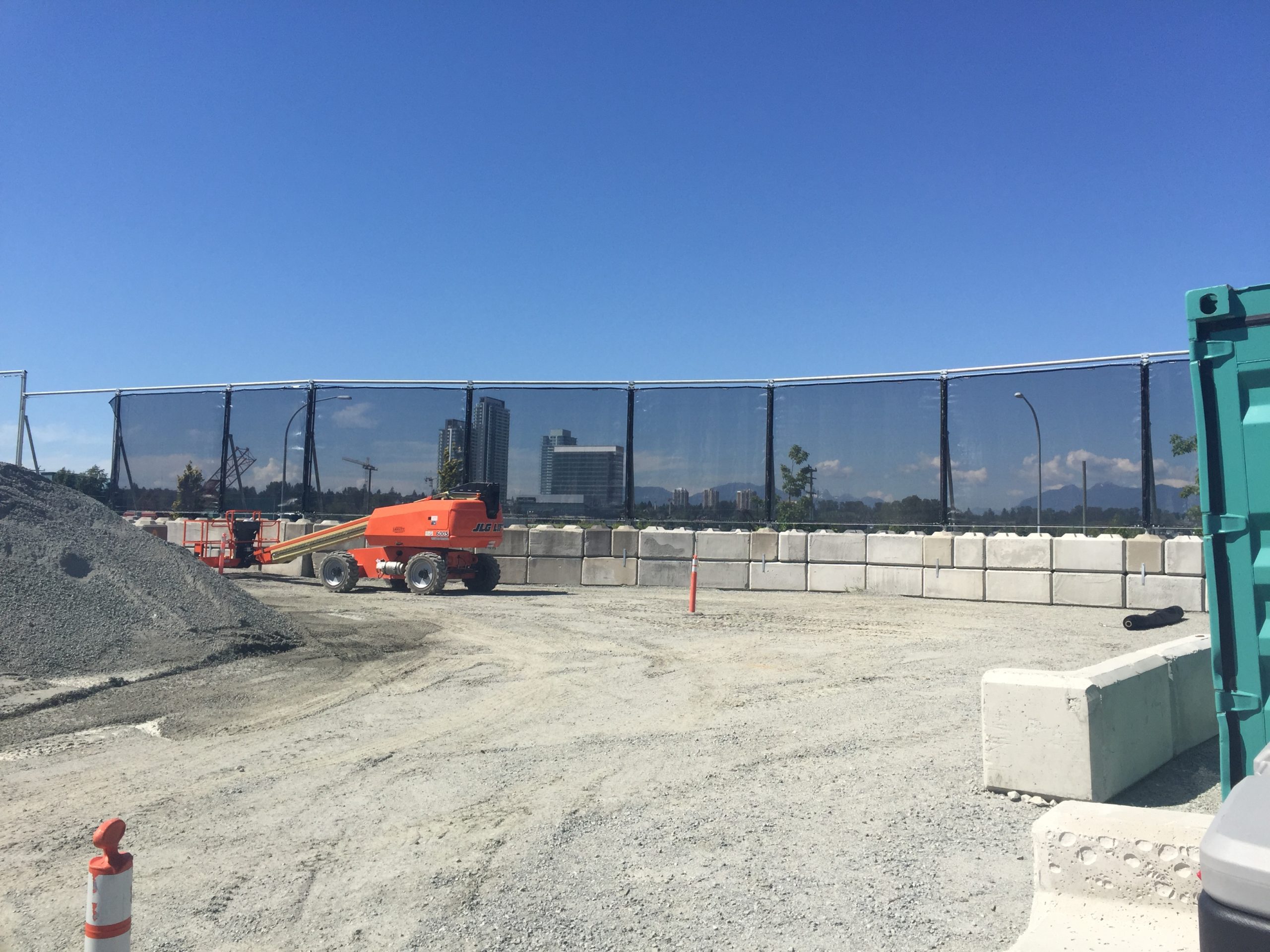 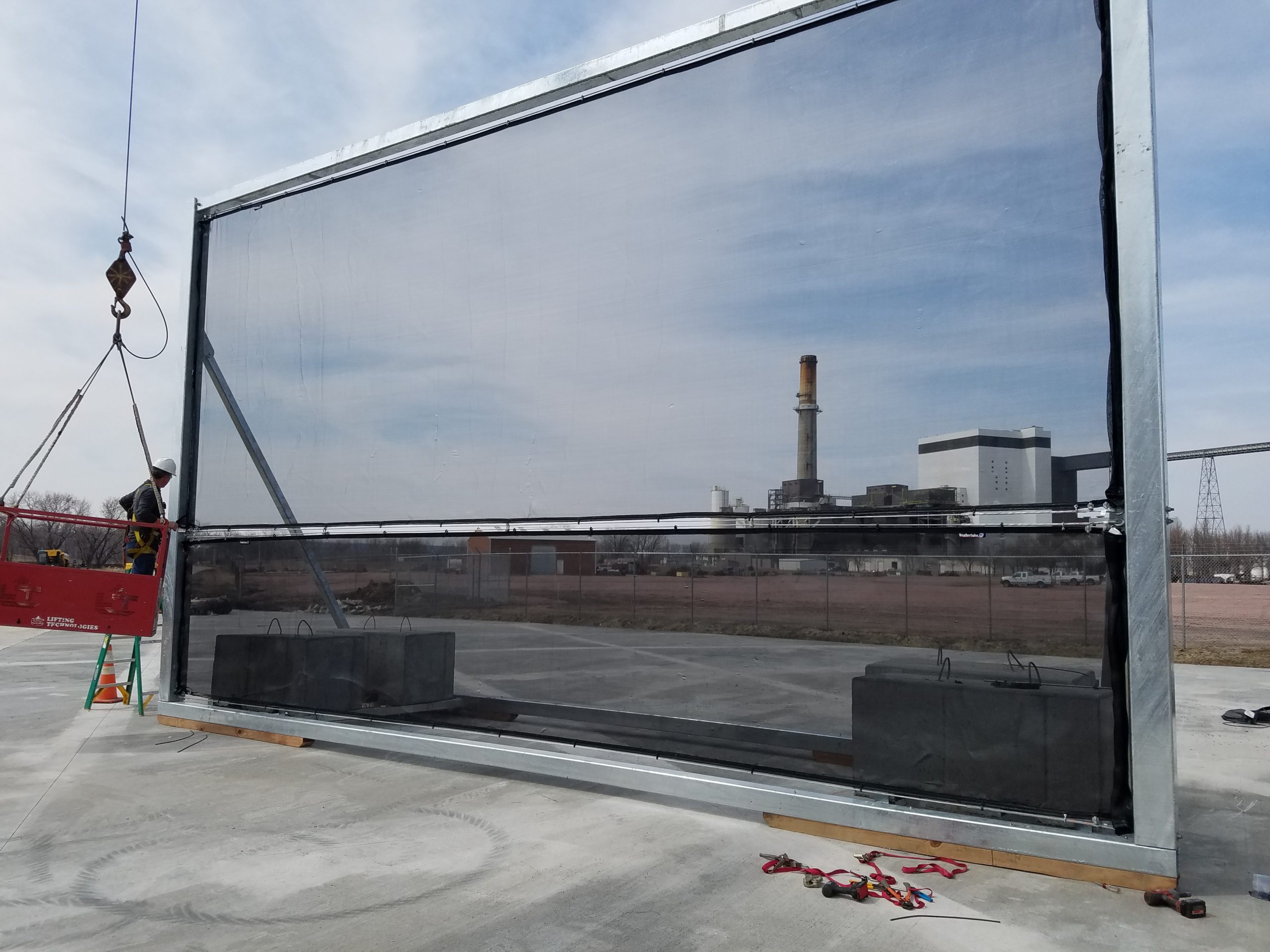