Could the answer be that simple?

The operators at an energy generation facility with air-coolers were frustrated. Every time the wind blew, their generation efficiency dropped.

They discovered they were losing generation capacity due to cavitation in the 30ft diameter air-cooling fans. Intuitively more air should have helped the cooling, but it was blowing across the face instead of into the fans.  The array of fans are mounted on the underside of a platform about 50ft above the ground. The cavitation was caused by wind passing under the fans.

Could a small wind fence slow or redirect the wind?

Two types of wind fence solution were considered. One was to use a perimeter fence around the outside, but set 30ft or so outside so that there would be no danger of choking the fans. The other was to create a rectangular “+” shape under the fans with the center of the + coinciding with the center of the platform. The second option would have the added advantage of force-feeding the fans to some extent. Following CFD analysis by the fan providers this option was chosen.

The costs were minimized by mounting the system onto the existing structure, albeit with some reinforcement to account for the additional loads. WeatherSolve’s system was chosen because of the detailed understanding of the loads and aerodynamics involved as well as the ability to span between the existing supports on the air-cooler platform with no additional poles. No additional poles meant no downtime on the facility while the wind fence was installed. 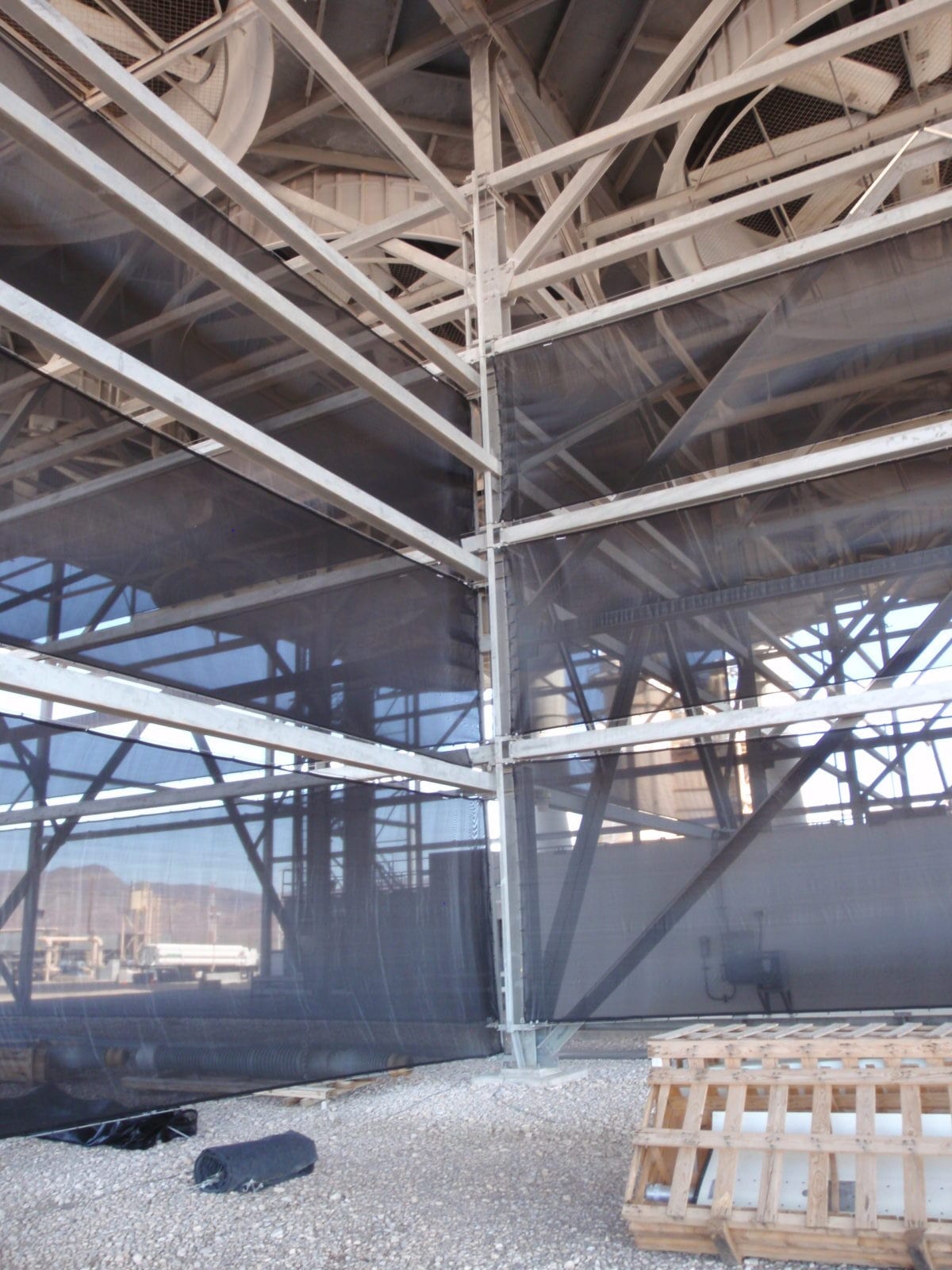 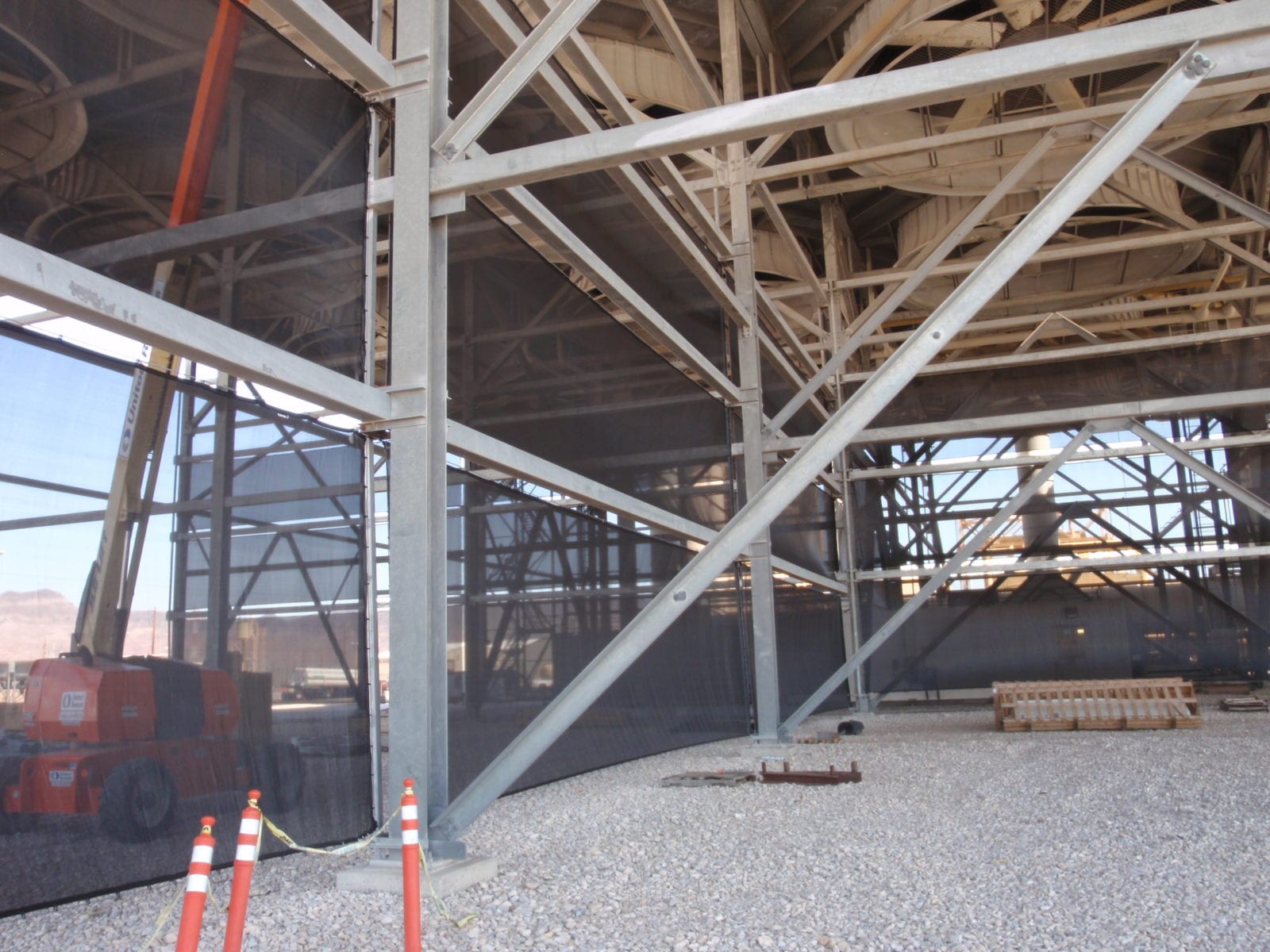