Being a good neighbour

A plywood producer with a large street-side chip pile wanted to stop the dusty chips blowing onto and into their neighbours dust-sensitive buildings. The piles are fed by blower stackers which can be directed according to which pile is being filled.

Wind was blowing across their plant and buildings then picking up dust off the piles (in strong winds) and from the blower-stackers (in all winds). The dust was then blowing onto the street and into the neighbouring properties on the other side of the road.

The plant had used lockblocks stacked up to 14ft high around the piles to both retain the woodchips and minimize the dust but the piles are up to 40ft high so the dust source was much higher than the lock blocks.

Water sprays were not controlling the dust either.

WeatherSolve’s designers considered an upwind fence in this situation to be less practical than usual because of the nature of the upwind buildings and the access requirements around them. A roof mounted upwind system was considered, but put to one side as a possible Stage 2. Stage 1 was a downwind fence with a double layer catch system as well as a block base that doubled as an occasional retaining wall. The double layer system has two separate screens approximately 3ft apart.

At 47ft (14m) the fence is over 25% higher than the usual maximum pile height. A lower section of fence protects the rest of the yard and creates a collection zone for downwind drift along the taller part of the fence that is next to the stockpiles.

The system functions very well, the neighbours are happy and since installing it in 2006, Stage 2 has not been required. 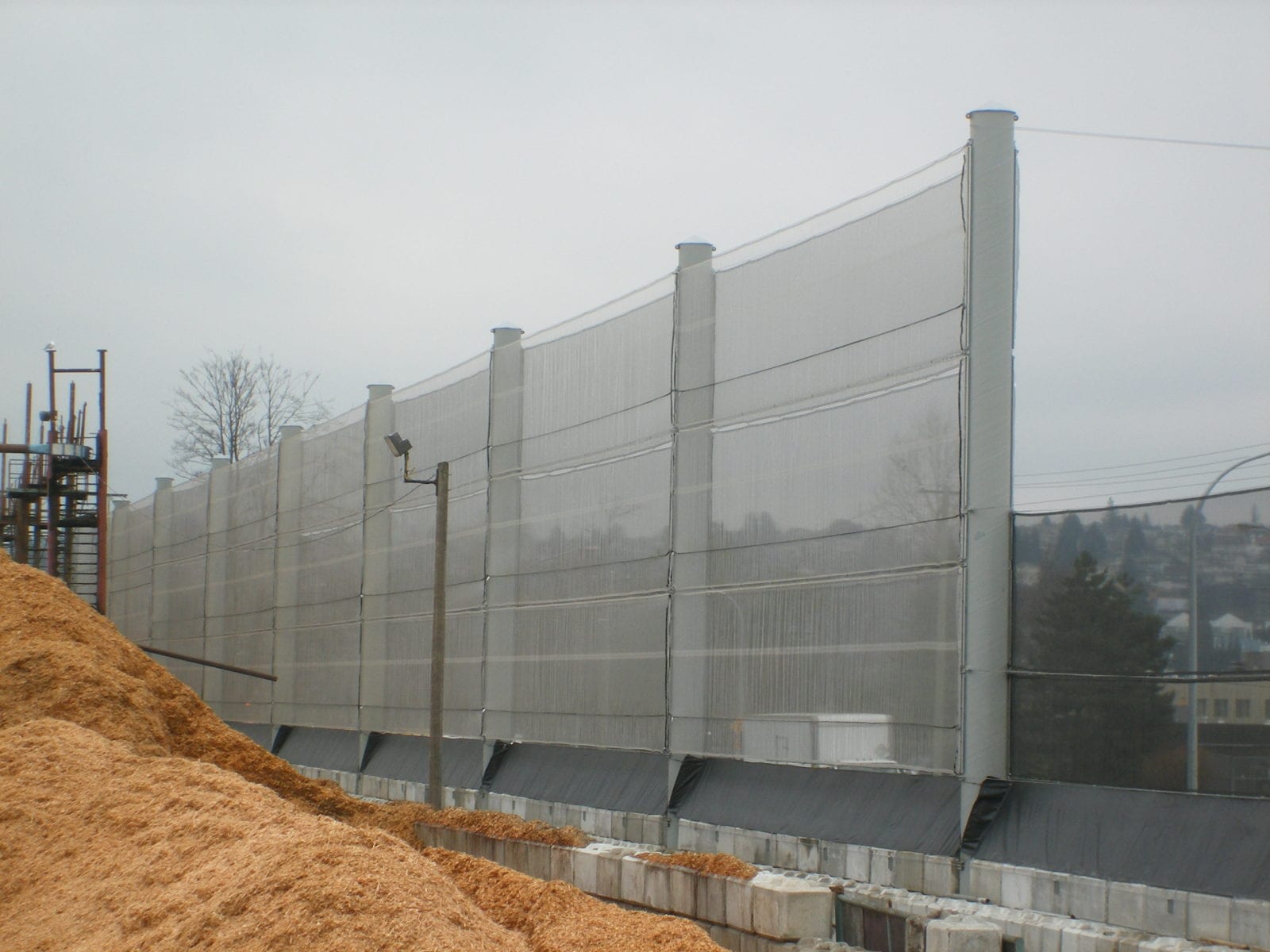 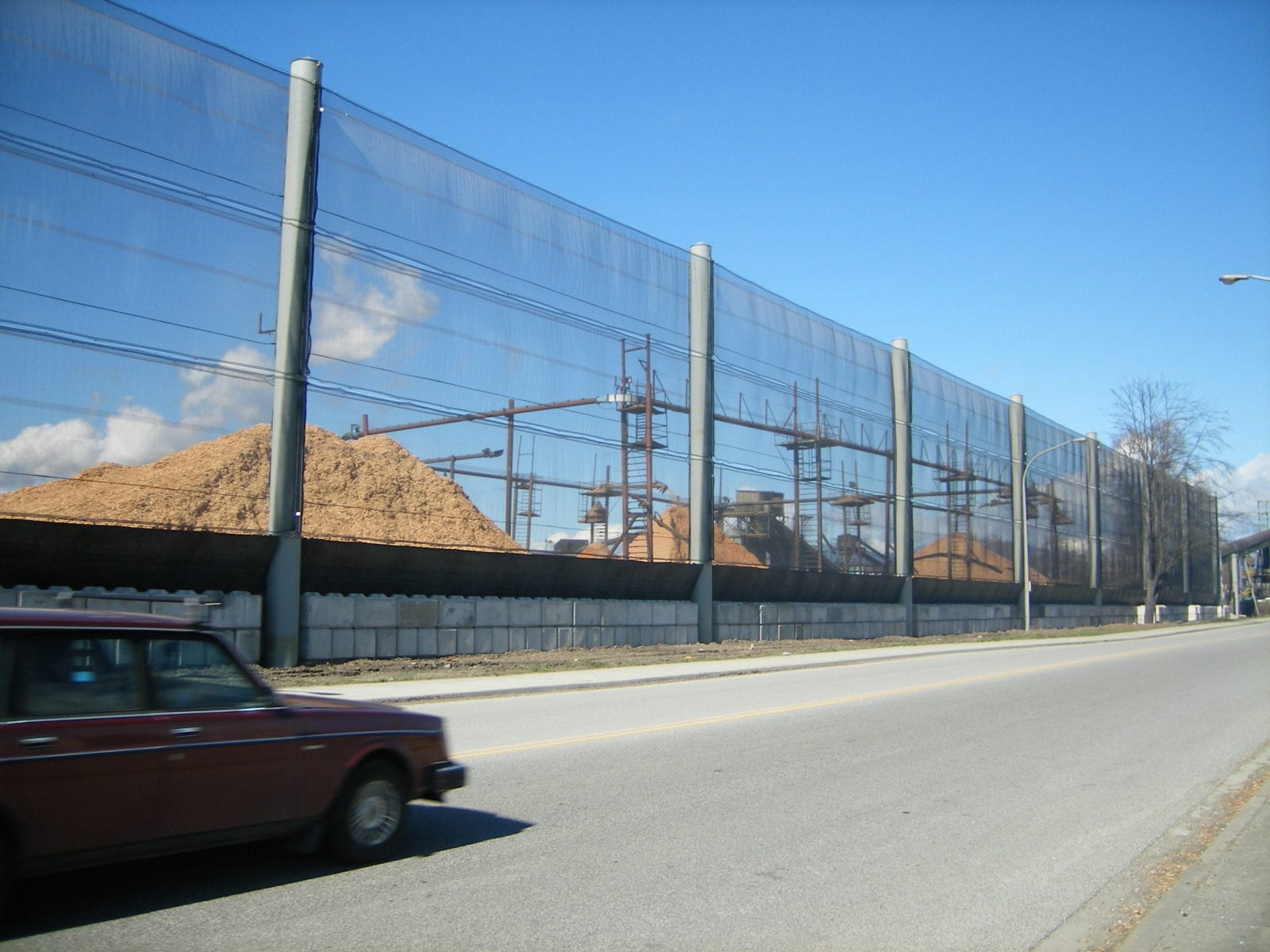 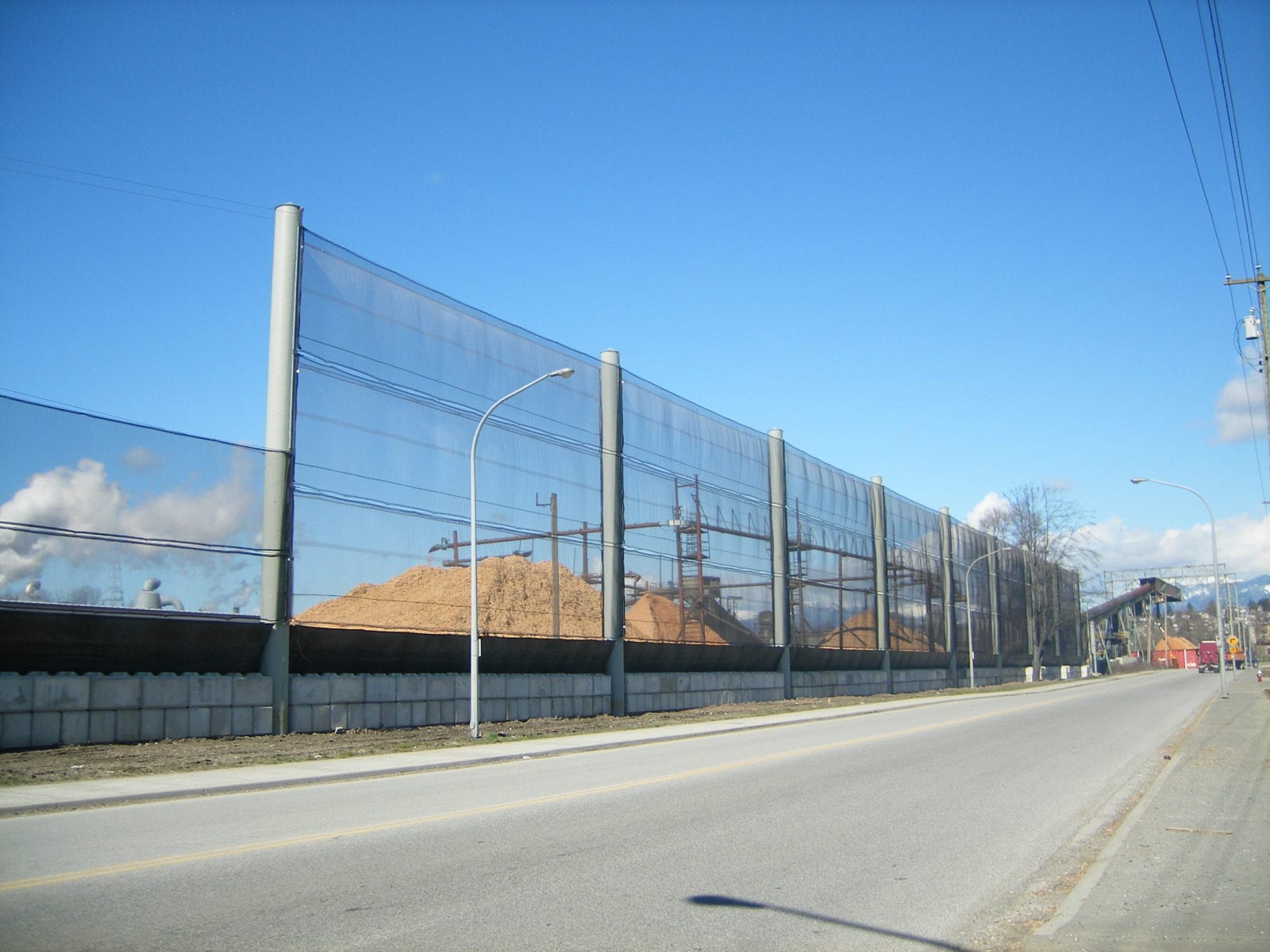 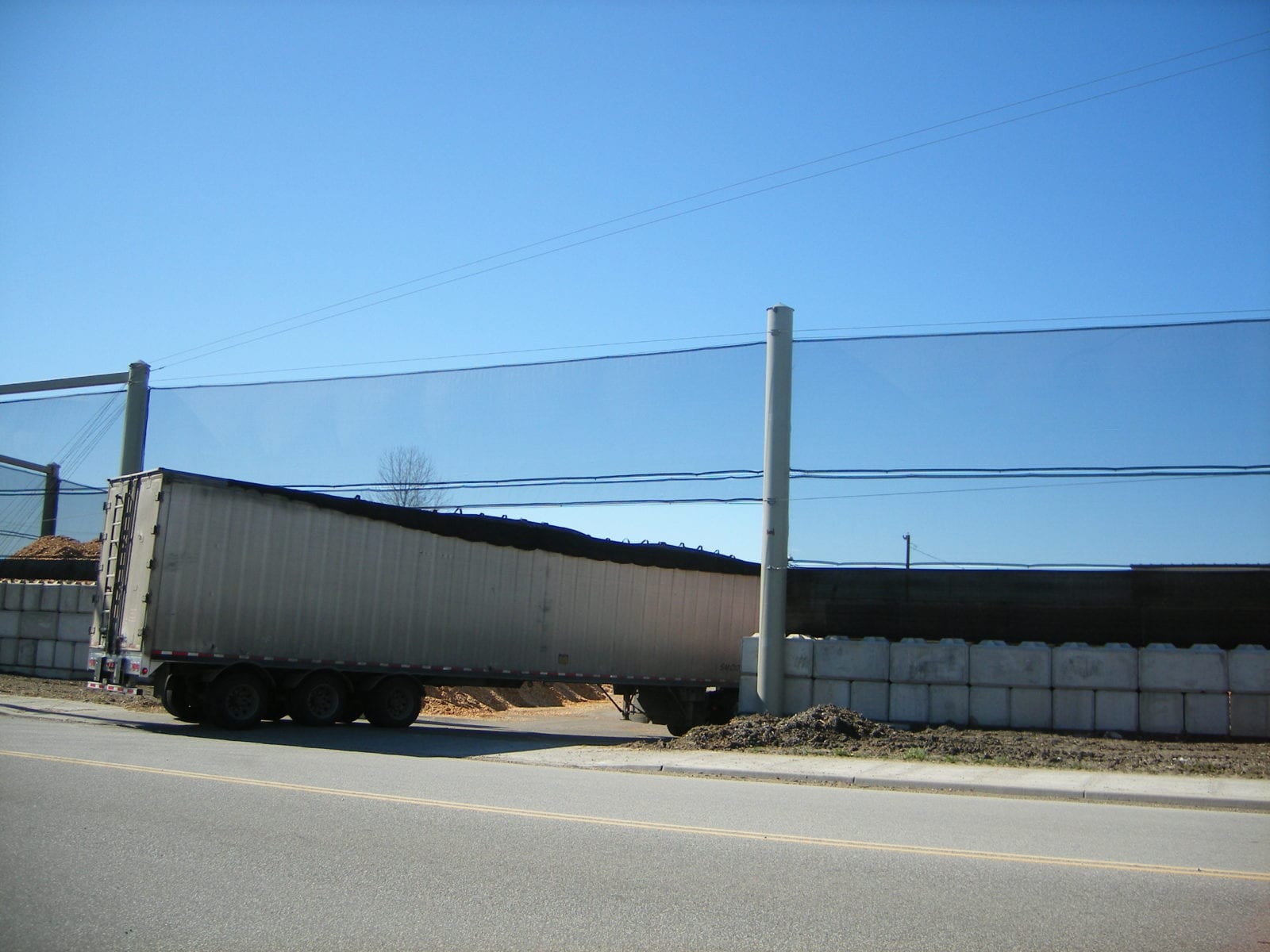 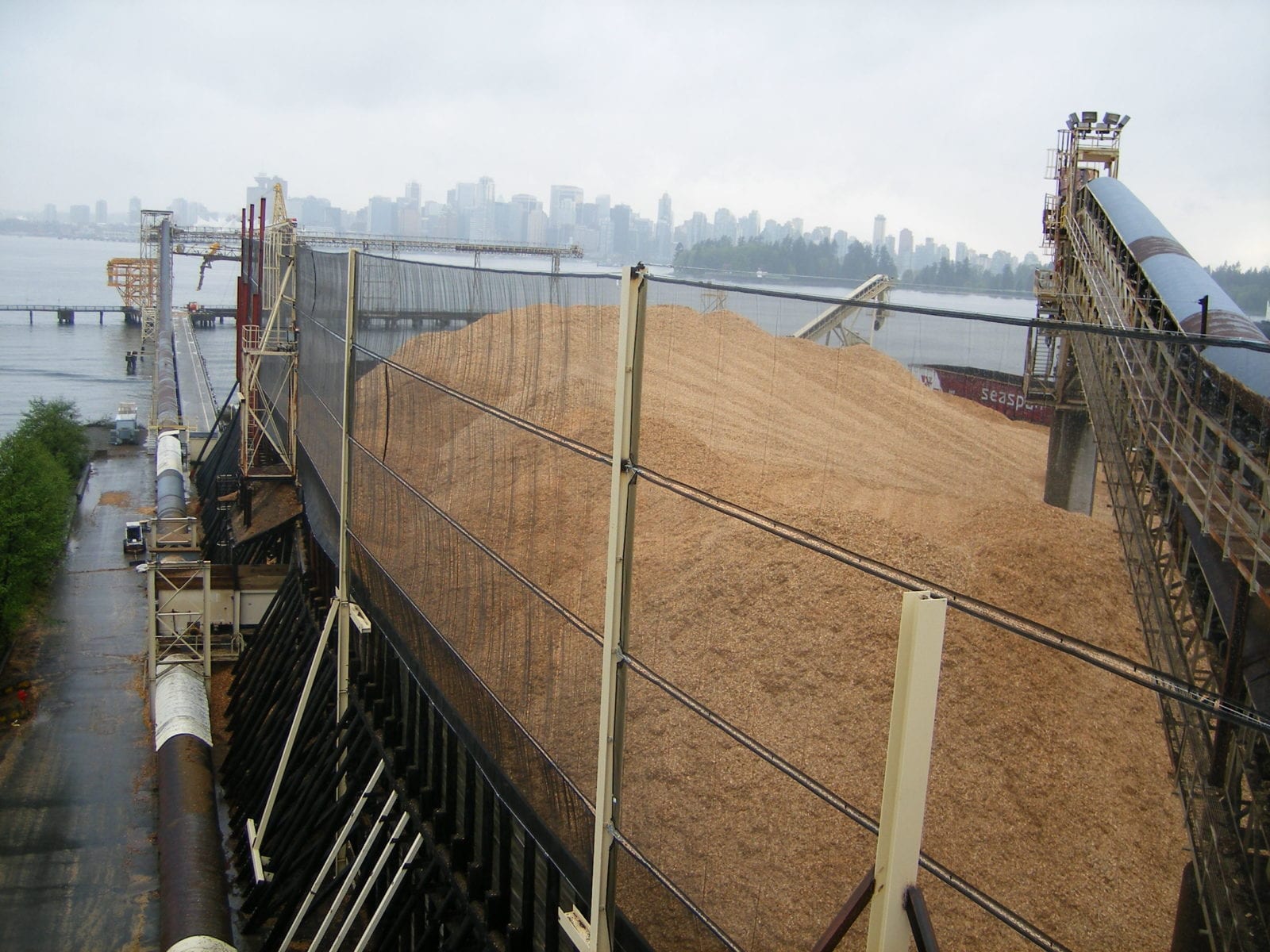 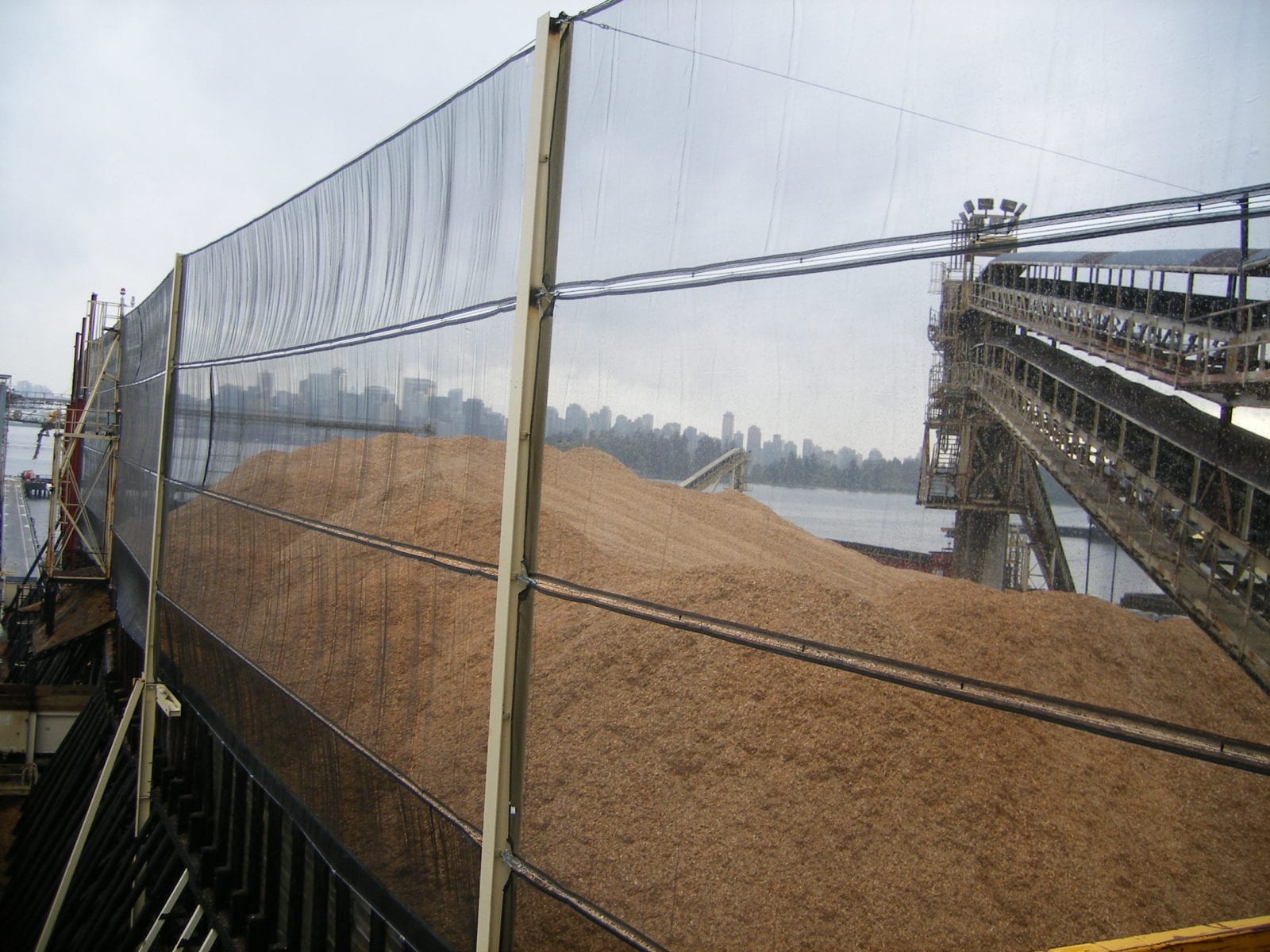